Press at the General Assembly

The annual EGU General Assembly, the largest geosciences meeting in Europe, brings together thousands of scientists from all over the world into one meeting covering all disciplines of the Earth, planetary and space sciences. It provides an opportunity for journalists and science writers to talk to researchers, learn about new developments and find out about the latest discoveries in a variety of areas, such as climate, space and planetary science missions, natural disasters, and seafloor exploration.

The EGU hosts journalists and organises press conferences in a dedicated Press Centre at the meeting. Media registration, which gives access to the Press Centre as well as all scientific sessions, is available to journalists, freelance science writers and public information officers free of charge.

Facilities at the Press Centre include a room for press conferences, an open lounge for catering, and a working room equipped with a PC, a printer, telephone and a photocopy machine. There are also several side rooms available for interviews, equipped with noise reduction material.

A press-dedicated wireless network and internet cables are available at the Press Centre. Complimentary breakfast and lunch, including coffee and soft drinks, are provided from Monday to Friday.

The Assembly has taken place at the Austria Center Vienna (ACV) in Vienna, Austria since 2005 and, in 2013, the EGU extended its contract with the ACV to keep the General Assembly in the Viennese congress centre until 2019. The Press Center is located on the first floor (yellow level) of the ACV.

During its annual General Assembly, the EGU organises a number of press conferences to showcase scientific research presented at the meeting. Topics for media briefings are ultimately decided on by EGU's Head of Media, Communications and Outreach, but the choice has substantial input from session conveners, who initially highlight abstracts of interest from their respective sessions, and EGU division presidents/programme group chairs who, for example, can veto a particular topic (see: How are press-conference topics and speakers selected?)

Other scientists within the EGU, as well as press officers or public information officers from other organisations, institutes or universities, may also suggest press-conference topics for consideration by the General Assembly press officer. If you have an idea for a press conference, please email the EGU Media and Communications Manager in early January.

Press conferences are usually live streamed, with journalists and science writers watching remotely able to ask questions to panellists. The videos of each media briefing are made available online after the meeting. 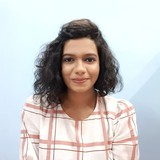 While media briefings are hosted by the EGU, research presented at press conferences is the responsibility of each speaker and does not necessarily reflect EGU views.