The aim of the Planetary & Solar System Sciences Division of the EGU is the promotion of all fields of planetary sciences, ground-based and space mission exploration of the solar system and beyond,  and related models. PS covers papers on both fundamental and applied topics regarding the exploration of the Solar System. The Division, devoted to Science applications in Space, hosts interdisciplinary contributions on the origins and the evolution of the Solar System and the exoplanetary Systems, as well as ideas for future exploration while largely contributing to outreach and educational activities for all audiences.

Science Flash competition comes back during EPSC 2017 in Riga! 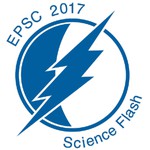 Principle?: Present your research in 180s with only one slide in a fun and original way!

Registration?: Send an e-mail with your name, your institution and the title of your presentation to ruth-sophie.taubner@univie.ac.at

In the framework of a two days workshop entitled "Space Exploration - Pushing the Frontiers", we will create an exhibition on planetary exploration. The exhibition will travel with the participants to be shown at their university/institution. In groups, we will develop different stations of the exhibition concerning the different planetary bodies, the according space missions, the future plans etc. We imagine the exhibition consisting of posters, videos, multimedia and texts, but there is no limit to the creativity of the participants. Share your knowledge in your area of expertise with other young space scientists, and with laymen, children and colleagues.

Where? The University of Vienna. 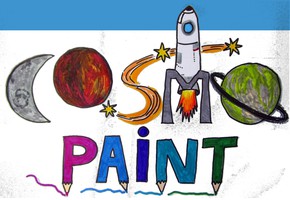 This year at the EGU General Assembly 2017, a drawing contest will be organized for the children staying at the child care.

The 2020 David Bates Medal is awarded to Agustín Sánchez-Lavega for his exceptional contributions to solar system exploration and planetary atmospheric dynamics, as well as promoting young researchers, advancing interactions with amateur astronomers, and publicising planetary science.

END_OF_DOCUMENT_TOKEN_TO_BE_REPLACED

The 2020 Arne Richter Award for Outstanding Early Career Scientists is awarded to Beatriz Sánchez-Cano for her outstanding research on the complex variability of Mars’ ionosphere through multi-instrument and multi-mission data processing, analysis and interpretation, as well as numerical modelling.

END_OF_DOCUMENT_TOKEN_TO_BE_REPLACED

The 2019 Runcorn-Florensky Medal is awarded to Tim Van Hoolst for seminal contributions to the geodesy and geophysics of the terrestrial planets and satellites and for leadership in planetary geodesy.

END_OF_DOCUMENT_TOKEN_TO_BE_REPLACED

The 2019 Division Outstanding Early Career Scientist Award is awarded to John Carter for his discoveries in Martian surface composition, outstanding research on hydrated minerals with implications for Martian climate, and key developments on the analysis of orbital spectral data.

END_OF_DOCUMENT_TOKEN_TO_BE_REPLACED

The 2019 Outstanding Student Poster and PICO (OSPP) Award is awarded to Anna Mittelholz First results from the InSight FluxGate Magnetometer: Constraints on Mars’ crustal magnetic field at the landing site

END_OF_DOCUMENT_TOKEN_TO_BE_REPLACED

Latest posts from the SM blog

On this page, we regularly update open positions in Seismology for early career scientists. Do you have a job on offer? Contact us at ecs-sm@egu.eu Please, note that other available research positions are displayed on the EGU Jobs Portal. Latest open positions: Postdoctoral Position at the University of Edinburgh, U.K. : https://www.vacancies.ed.ac.uk/pls/corehrrecruit/erq_jobspec_version_4.jobspec?p_id=052130 PostDoc opportunity, French ANR project EQTIME in collaboration with LMU Munich: https://ds.iris.edu/message-center/thread/6360/ Computational Seismologist at Lawrence Livermore National Laboratory: https://careers-llnl.ttcportals.com/jobs/5256289-computational-seismologist Associate or Senior Editor – Nature Reviews Earth …

END_OF_DOCUMENT_TOKEN_TO_BE_REPLACED

Social media for Early Career Scientists: is it really useful?

In this period of confinement, most of the virtual interactions and news about the world come from the web and mainly social media. Today, we suggest looking at social media from the point of view of an early career scientist (ECS) and why we should (or should not) use them in our career path. In the next weeks, most of the international conferences will move on online virtual meetings and social media will play a key role in our community. …

END_OF_DOCUMENT_TOKEN_TO_BE_REPLACED

Alka Tripathy-Lang is a freelance science writer based in Chandler, Arizona. She writes mostly about geohazards and creative ways to apply seismology to the world around us. What is your story, Alka? Why geology? When I was a little girl, I was fascinated by rocks and fossils. I told anyone who asked that I wanted to be a geologist when I grew up. However, in the throes of my teenage years, I focused on chemistry and lost sight of earth …

END_OF_DOCUMENT_TOKEN_TO_BE_REPLACED

On this page, we regularly update open positions in Seismology for early career scientists. Do you have a job on offer? Contact us at ecs-sm@egu.eu Please, note that other available research positions are displayed on the EGU Jobs Portal. Latest open positions: PhD positions at the University of Naples, Italy: http://www.distar.unina.it/en/admission-open-calls-and-research-projects/xxxvi-cycle PhD and post-doc positions at the University of Grenoble, France: https://pieropoli.weebly.com/erc-monifault-project.html PhD positions at the ETH: https://www.linkedin.com/jobs/view/1837938831/ Supervisory Physical Science Technician at the USGS: https://www.usajobs.gov/GetJob/ViewDetails/566972100

END_OF_DOCUMENT_TOKEN_TO_BE_REPLACED

EGU2020: Sharing Geoscience Online, the Union’s first completely virtual meeting, is destined for the record books! In April, shortly after the in-person General Assembly was cancelled, EGU Programme Committee Chair Susanne Buiter described Sharing Geoscience Online as “an exciting opportunity to demonstrate if our members are interested in new models of interacting.”

The statistics show that EGU members resoundingly responded to what Buiter called a “moment of truth,” with more than 26,000 participants from 134 countries taking part in Sharing Geoscience Online’s 701 scientific sessions. The vast majority of the discourse occurred through the exchange of live text chats, which had a median of 92 (and a maximum of 796) participants per chat and featured more than 200,000 posted messages.

Sharing Geoscience Online also included ten livestreamed Great Debates and Union Symposia, half a dozen live and pre-recorded short courses, and several virtual press conferences. These were watched live by 7,000 people and have received an additional 19,000 views to date on the EGU YouTube channel, where they’ll remain available for your viewing pleasure.

Authors uploaded presentation materials to nearly two-thirds of the event’s 18,036 abstracts, and these plus the more than 6,000 comments made to them have been archived on EGUsphere, the Union’s new interactive digital repository.

The virtual gathering did not include the annual EGU awards ceremony; the recipients of the 2020 honours will be recognised alongside next year's awardees during EGU 2021. All nominations for the 2021 medals and awards are due on 30 June 2020.

Sharing Geoscience Online would not have been possible without the large and dedicated group of volunteers who enabled the shift “from Vienna to virtual” in six short weeks. EGU extends its heartfelt thanks to all Sharing Geoscience Online participants and conveners and everyone who helped create this opportunity to connect the global geoscience community during unprecedented times. Your efforts are truly appreciated!